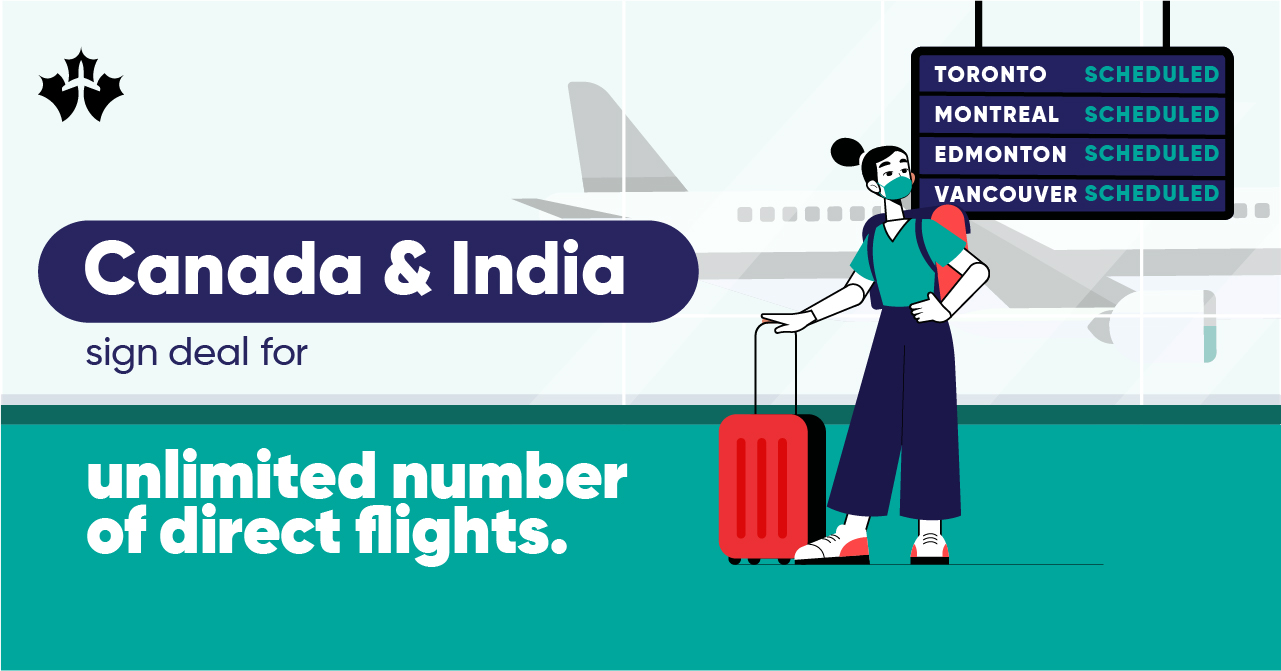 Canada and India have come together and expanded their air transport agreement which means from having a total of 35 flights a week to now providing an unlimited number of flight transactions from India- Canada!

Yes, this is true! To strengthen the ties of the economy between the two countries, Omar Alghabra, the minister of transportation has announced the recent update of the expanded air transportation agreement between India and Canada which is the latest in Indian aviation news.

What is this agreement between India- Canada?

In this agreement between India and Canada, the airlines are allowed to fly an unlimited number of flights between the two countries. The Canadian government, in one of its statements, suggests that this tie will open up ample of opportunities for both countries with regards to businesses, students, investors, and families.

Looking at the figures, around 1.5 million people flew to Canada from India in the year 2019 which means the market to cater is huge and the 2 flag companies that will be benefited the most are Air India and Air Canada.

“The Canada-India economic relationship is built on deep-rooted people-to-people ties. With this expanded air transport agreement, we are facilitating even more exchanges of professionals, students, businesspeople, and investors. As we strengthen our trade and investment relationship with India, we will continue building bridges like this that enable our entrepreneurs, workers, and businesses to access new opportunities, ” said Canada’s Minister of International Trade, Export Promotion.

Cities with access to unlimited flights in India and Canada?

The increase in the number of flights will definitely help cater the needs of India- Canada air transport market, families and friends of both countries are immensely relieved. Also, the Export and the Import markets of both nations will be benefited from this change which brings me to say that new doors will open up soon!

Business Immigration from India to Canada

Starting a business in Canada has been a dream for many Indians. Canada and India share a long and sustainable Immigration relationship, and it is estimated that Indians are among the top 10 of Canada’s population and Canada has always been a hub to support business owners and entrepreneurs to arrive and settle in Canada with ease.

Our Experts from Business Immigration Canada are here to guide you and help you with your profile assessment. Get in touch with them today and know how you can move to Canada on a Business/Investor Visa.