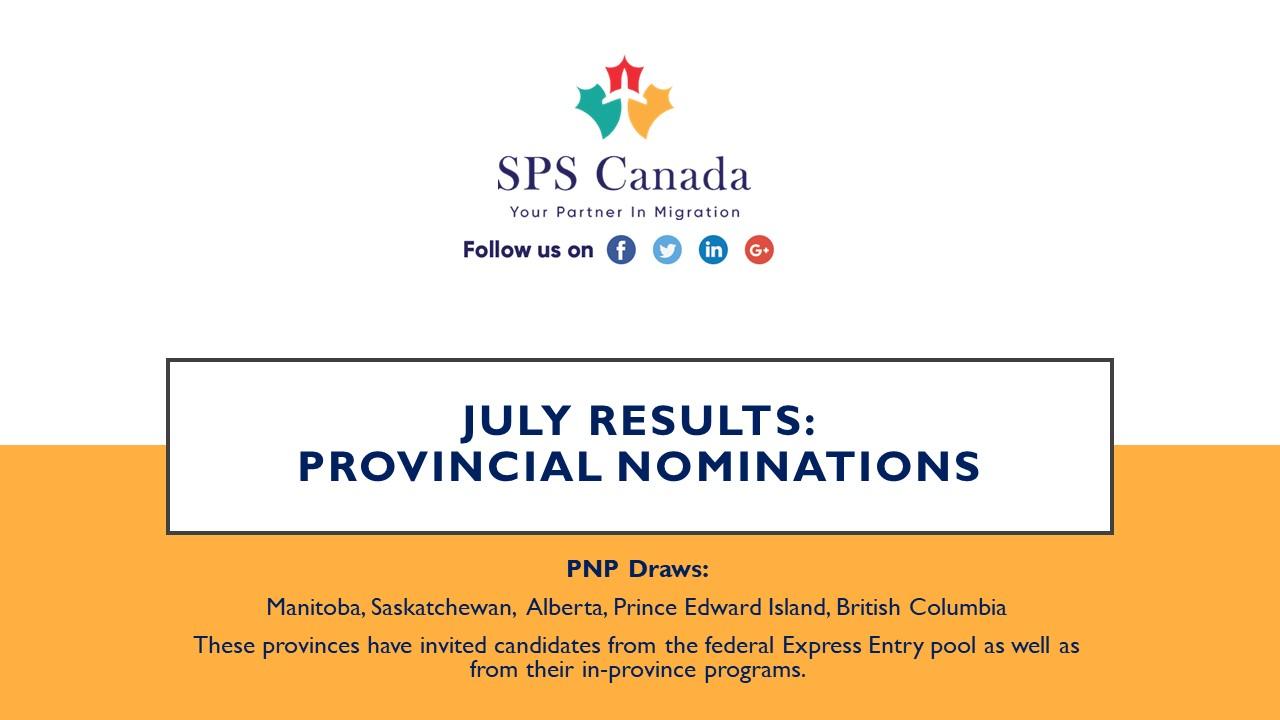 The provincial nomination programs have remained the highlight of the year so far, along with the region-specific pilot programs. A candidate can either become a permanent residence by applying under different streams that are offered by the provinces or will receive an invitation, if the candidates profile lies in the federal Express Entry pool.

Here is a highlight of the provincial nomination programs for the month of July 2019:

Alberta Immigrant Nominee Program (AINP) invited 180 candidates who were already in the Express Entry pool and they met the Alberta Express Entry Stream eligibility requirements. Till now, a total of 17 draws were conducted this year and around 4000 candidates have issued Notices of Interest.

Prince Edward Island issued 135 invitations under its Express Entry, Labour Impact, and Business Impact. The PEI Express Entry category is linked to the federal EE streams to seek candidates for the permanent residence.

British Columbia Provincial Nominee Program (BCPNP) issued invitations to a total of 191 EE and Skills Immigration. The categories picked were: Skilled Worker, International Graduate, and Entry-Level or Semi-Skilled Worker, along with the candidates in the federal Express Entry system.

Saskatchewan Immigrant Nominee Program (SINP) issued 381 invitations under the Express Entry and Occupation In-demand draws. There is a total of 19 occupations listed in the in-demand occupations in Saskatchewan.

To help you understand different provincial nomination programs, our team has the resources and skills to assist you. To know more about your eligibility under different categories, simply Start your Assessment or Call (1) 905-362-9393 (Canada), +91 9586 226232 (Ahmedabad) or drop an E-mail at support@spscanada.com (Canada), support.amd@spscanada.com (Ahmedabad) for further information.