Month-end Immigration Updates for June 2021 – What Did You Miss? 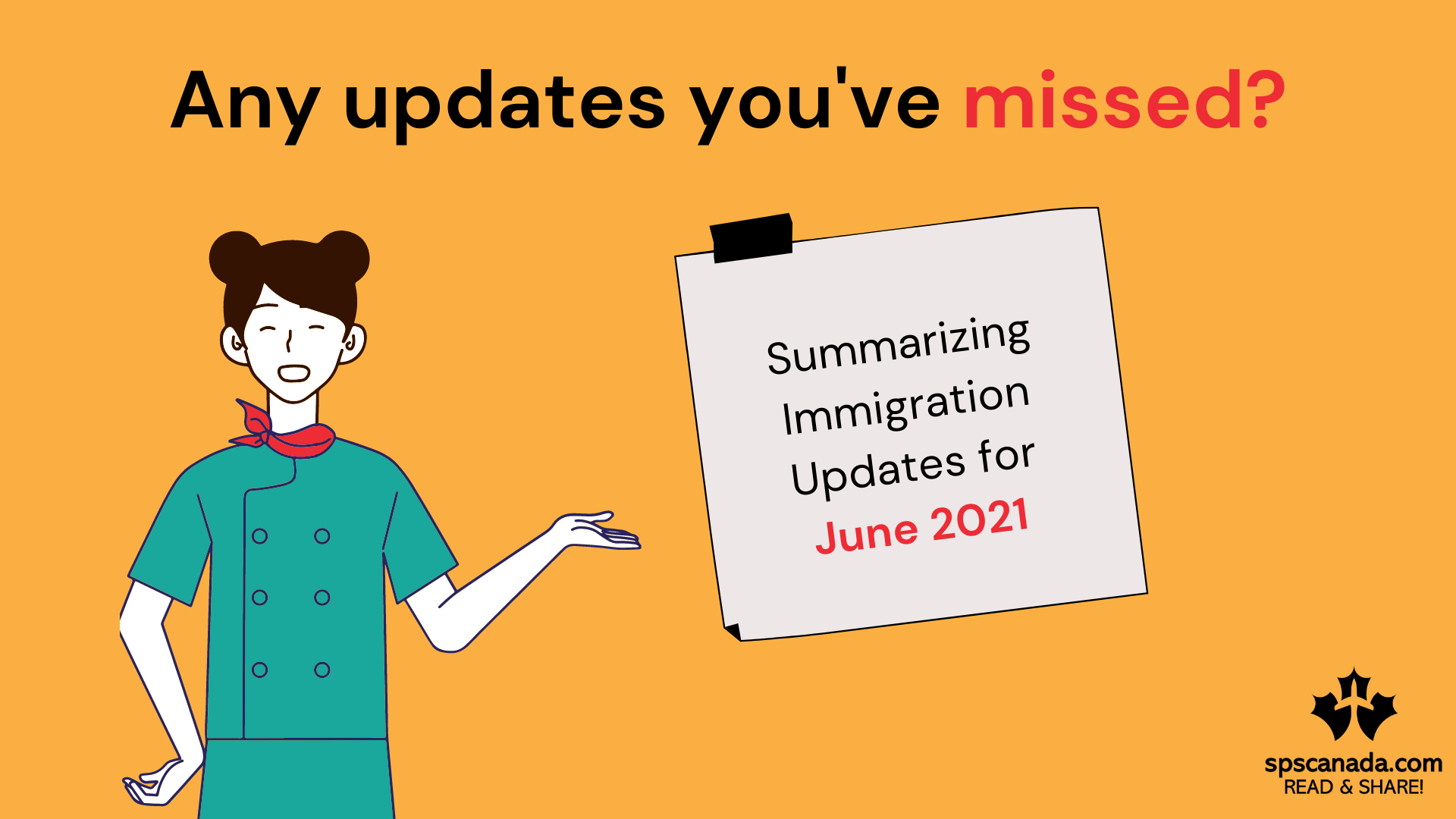 As Canada entered the phase-wise reopening of the country and beautiful summer weather adding up the enthusiasm to these moments, we are beginning to witness people walking in the streets, in restaurants’ patios, and a lot more delightful environment around us.

With this excitement of reopening, there is impressive news for immigration because more express entry candidates were invited in the second quarter than in the first quarter of 2021. As of June 30, IRCC has issued 88,715 ITAs for permanent residents, which is the highest number since 2017.

June 9 – IRCC issued Invitations to Apply (ITAs) to 940 applicants under the Provincial Nominee Program (PNP) with the lowest CRS score of 711.

June 10 – One day after the PNP draw, IRCC issued ITAs to 6000 applicants under the Canadian Experience Class (CEC) stream with the lowest CRS score of 368.

June 23 – IRCC issued ITAs to 1002 applicants under PNP with the lowest CRS score of 742, which is 31 points higher than the previous draw.

June 16 – OINP issued ITAs to candidates with the lowest score of 38 in the Expression of Interest (EOI) system pool who could qualify for the Employer Job Offer: Foreign worker.

Also, ITAs were issued by OINP to candidates with a score of 66 and above in the EOI who could qualify for the International Student stream.

June 23 – Notifications of interest were issued by OINP to candidates with a ranking system score between 464 – 467 and work experience in specific NOC codes. These notifications were issued for those who could qualify for Ontario’s Express Entry Human Capital Priorities (HCP) stream.

June 28 – OINP expression of interest system opened for intake to the Employer Job Offer: In-Demand Skills stream. The system will remain open throughout the year.

June 17 – Quebec invited 69 applicants who had filed an EOI in Quebec’s online registration portal, Arrima to apply for permanent selection. This invitation has been made under the Regular Skilled Worker Program (RSWP).

341 candidates with a ranking system score between 75 – 93 were invited under the Skilled Worker, International Graduate and Entry Level and Semi-Skilled sub-categories of SI and EEBC streams.

The second draw was conducted under SI and EEBC categories and targeted applicants who have occupations under NOC 0621 and NOC 0631.

June 22 – The Alberta Immigrant Nominee Program (AINP) invited 184 candidates with a minimum of 300 points to apply for a provincial nomination.

June 28 – The Manitoba Provincial Nominee Program (MPNP) invited 1,017 candidates with a valid Express Entry ID and job seeker validation code to apply for the Skilled Workers Overseas stream. Candidates needed a minimum of 565 EOI points to receive a Letter of Advice to Apply (LAA) for application.

June 29 – British Columbia issued ITAs to 52 applicants who work in the IT sector under The British Columbia Provincial Nominee Program (BC PNP) Tech. Those who are invited must meet the requirements of one of British Columbia’s Express Entry BC and Skills immigration categories.

June 29 – In March 2020, as one of the measures related to COVID-19, IRCC extended the application period for express entry to 90 days.

As of June 29, IRCC has reverted the 90-day application period allowed for Express Entry candidates to apply for permanent residency to 60 days.

Interested in learning the best immigration pathway for your profile? Simply Start your Assessment or Call (1) 905-362-9393 (Canada), +91 9586 226232 (Ahmedabad) or drop an E-mail at support@spscanada.com (Canada), support.amd@spscanada.com (Ahmedabad) for further information.