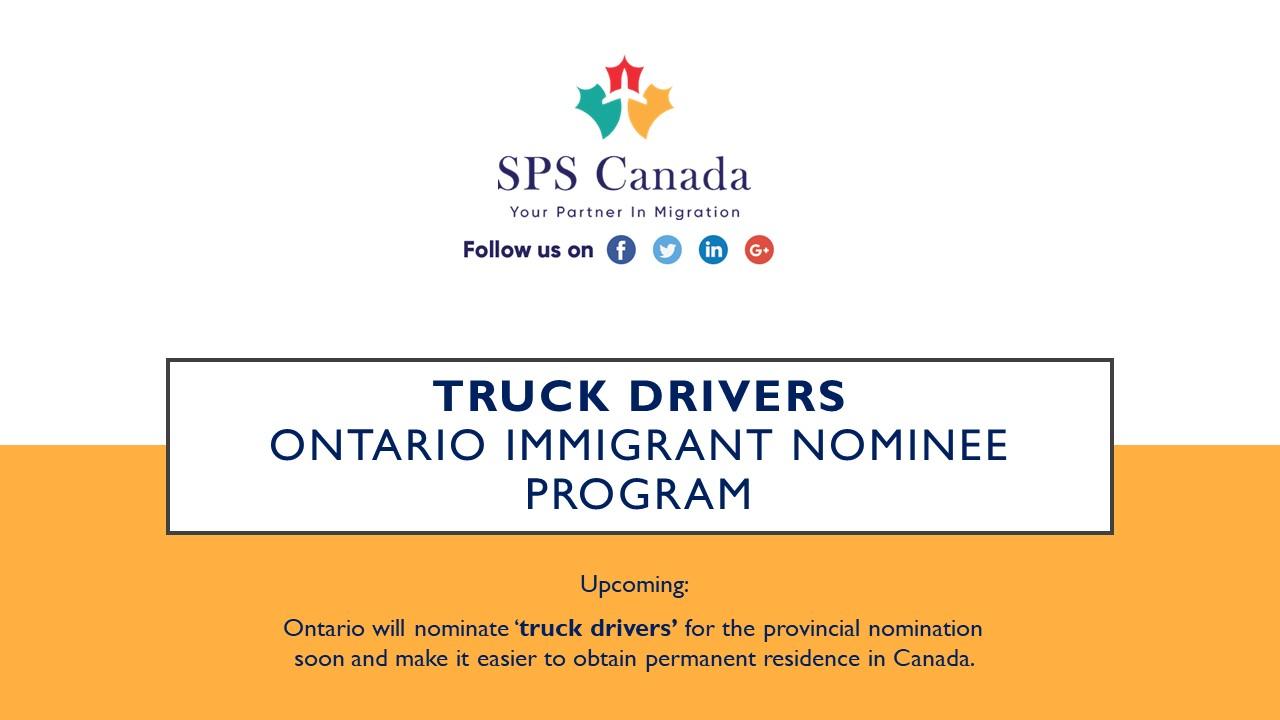 It’s good news for the foreign workers employed in the trucking industry in the province of Ontario. The provincial government in the 2019 budget announced to expand the occupations eligible for the Employer Job Offer: In-Demand Skills Stream, and to include transport truck drivers and personal support workers.

The Ontario Trucking Association (OTA) applauds the government’s decision on including the trucking industry in the province’s immigration program recognizing its crucial role in the economy’s success. This is to address the growing shortage of truck drivers in the province as well in Canada. According to the Conference Board of Canada, Ontario may face an increased shortage of 14, 000 truck drivers by 2024, if the demand is not met on time.

The ‘Open for Business’ province, gave weight to the immigration of professional foreign truck drivers, to ensure smooth freight transportation. The Ontario trucking industry will also be allowed to participate in a pilot program that will bring highly skilled immigrants to smaller communities.

The job title of a Truck driver falls under the NOC ‘C’ occupations. Earlier this year, the federal government announced additional spaces to the province’s nominations. While addressing an important concern, the government assured that these additional spaces will not impede IRCC’s progress in cutting down the processing times overall for the Provincial Nominee Program.

The Federal government recently announced that the additional 2000 provincial nomination allocations might get open for other job categories.

There are other jobs titles that fall under the Skill level ‘C’ occupation is comprised of intermediate jobs that usually call for high school and/or job-specific training, such as:

To know more about your eligibility under Ontario’s Provincial Nominee Program, Book a consultant and find your Canada immigration options and answers to all doubts and concerns by scheduling a one-to-one initial consultation meeting with our Senior Practitioner at SPS Canada Immigration.